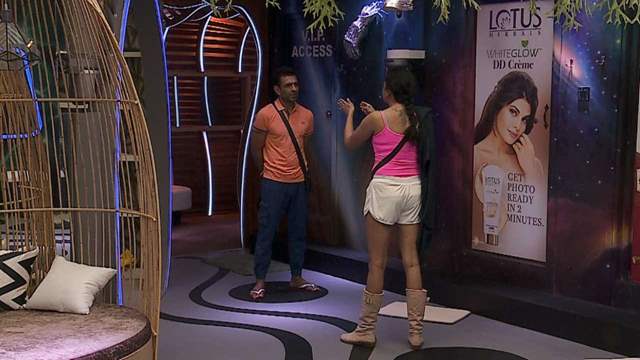 Bigg Boss 14 Weekend Ka Vaar sure had an interesting plot twist to it, and while Saturday witnessed Salman Khan talk about the events that have gone through the week, something that will take over the house once again is Kavita Kaushik and Eijaz Khan's argument. The two had quite the fight when Kavita said some hurtful things to Eijaz and he was left in tears.

In the episode tomorrow, we will see Kavita go on rant mode yet again as she goes on to reveal how Eijaz came to her and told her that he has no food and so she gave him food, she did everything for him out of respect and he is definitely not her friend. She also goes on to say that she now regrets having done those things and while talking, she does not listen to Salman Khan either.

While she is speaking, Salman Khan goes on to tell Kavita that she can continue talking and he is going to go. A while later, we also see Eijaz walking around when he goes on to express how he feels about everything that is going on, especially after all the things she told him, and about him. It looks like things are going to get intense in the episode tomorrow!

What do you have to say? Drop your comments below.