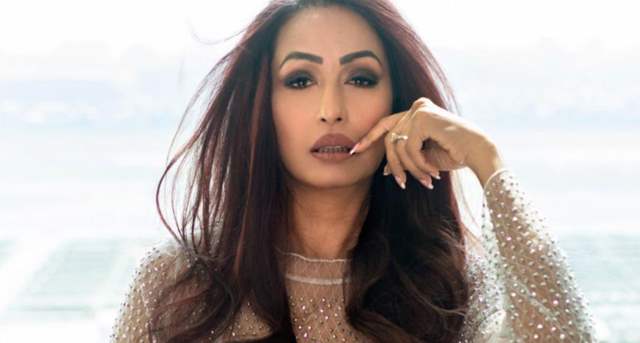 Bigg Boss 14 is all set to see the entry of Vikas Gupta and his challengers. Entering the show soon will be Vikas, along with Kashmera Shah, Rakhi Sawant, Manu Punjabi, Arshi Khan, and Rahul Mahajan. While the finale week awaits us all, these contestants are about to make things more interesting with their entry into the show.

We got in touch with Kashmera Shah where she spoke about the show, the contestants, and her game plan. Read excerpts from the interview here.

How will we see you change the game?

I am definitely going to change the game and I don't know about the viewers, but every time I see a season I think about what would I have done if I was there or why did a certain person nominate someone and not the other person because now was the chance to change the game and that is what makes the game interesting. I don't understand why have all these people made so many relationships, best friend, brother, they should all leave all these things and play the game. They must play for themselves, everyone is saving each other and no their own selves, except for Nikki Tamboli.

Everyone feels the game saw two sides of Jasmin, which one did you like?

I liked the one after Aly, because that seemed more real where she was playing the game, giving it back, so I liked it more. The one before where she was being peppy, playing with the toy, and being cute, and saying I did not know a thing, at least see the game and come. There was no need to be so childish so for the game, I liked this side better.

What do you think about Rubina and Abhinav?

They've not been playing the game, I wish they were playing the game. I am wondering what are they scared about. They are more involved in talking, trying to find logic, and get to the bottom of things, but they are not playing the game in the middle of this. Half the time I don't get things, I like them as a couple and as educated people, but sometimes, they are very intelligent and that seems to become an issue.

You didn't get along well with Vikas, how will the equations be this time?

Why didn't we get along well, because Vikas told me that this is my game, and I changed things because how can one say something like that given that they are not playing alone. we didn't get along well but he saved Arti in the end, but what will happen this season, no one can say anything. I am not going to make friends nor will I be seen taking out personal grudges inside, it will be a fresh game for me.

Many have alleged that Rubina lied about the divorce for the game, what do you feel about it?

During my season, I had revealed that I have fallen in love with my co-star, who was Krushna and it turned out to be true. So in a show like Bigg Boss, when you are under so much pressure, you are at risk, and you don't want to leave the game, I think 99% of the people say the truth, so I feel Rubina told the truth and that is my opinion. However, if a contestant is lying in the game to win, there is no harm in it.

What do you think about Eijaz Khan's game?

Does Eijaz have any gameplay? I don't think. He was very strong in the game during the first month, and he has been lost in the house for the last 10 days so I am missing him inside the house, but I am happy that he is in the finale, but now, he may not be visible all the more.

Well, Kashmera is super confident about her game and it is no secret that she manages to create quite a mark every time she enters the house, and this time seems to be no different either!