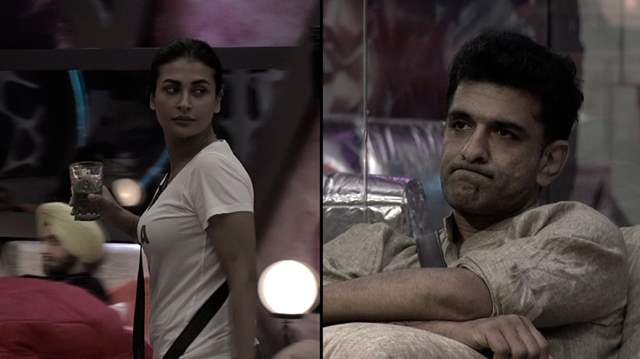 Bigg Boss 14 has always been in the news for the happenings on the show. In fact, the show also grabs a lot of attention from not just netizens, but also political parties for various reasons. And this time around, reports doing the rounds online suggest that a notice has been reportedly sent to the production house stating how the promo that sees Eijaz Khan and Pavitra Punia kissing each other was intentional.

From what can be deciphered from a leaked image doing the rounds only, Dilip Rajput, Vice President of Shree Rajput Karni Sena has written to the makers saying, "Recently Eijaz Khan was spotted planting a kiss on Pavitra Punia's cheeks. Kissing promos of the show was trended and promoted by Colors TV. We underline that the show is promoting vulgarity and is hurting the social morality of the country. The show is against the cultural ethos of the country and highly objectionable and intimate scenes are part of it. This reality show is encouraging and promoting love jihad which is highly unacceptable. Hence we strongly demand to ban Colors TV reality show 'Bigg Boss'.''

In addition, the notice has also stated how if the show is no censored, there will be consequences and the Karni Sena will protest against it. Earlier, it was after Jaan Sanu's statement regarding Marathi that had irked the group and later, he was made to apologize for his statements.

Muskie 10 days ago Don't like it, don't watch it just like I do as simple as that 😅 ye samaajh k theke daaro ko ye sab pata kaise chal jaata hai k kahan kya dikha rahe hai. Even we don't know it after spending this much time here 🤷

Gagani 10 days ago What's wrong in this ? If there's kissing. Narrow minded people of india. They really need to grow up.. this is normal to kiss

Sujz 10 days ago Oh God why everything has to be deemed as religious? There is a life beyond religion ffs! Chill!!

Juhi_04 10 days ago I don't watch this show but I find this group hypocrite. Why don't they bring up their ancestors mistakes of giving their daughters to Mughal men? Not just Jodha but there were many. Before pointing at others they should look into their own history.