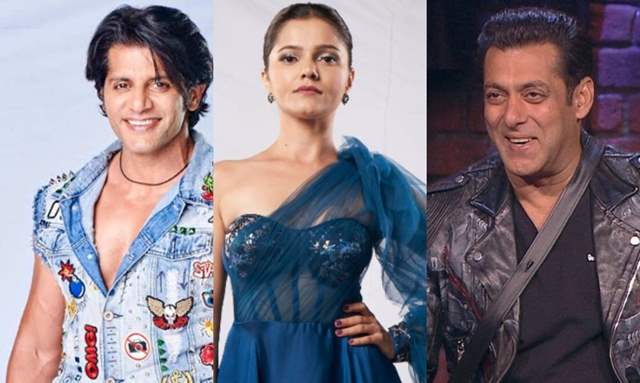 Rubina Dilaik has been vocal about several things in the show this season and while she is indeed one of the most talked about Bigg boss 14 contestants, not all has been going very well with her. In fact, she also had an argument with Salman Khan during one of the episodes and while that, eventually settled down later, she recently objected to a statement from Salman where he called her husband Abhinav Shukla 'samaan.'

While Rubina took this up to Bigg Boss and he even went on to say how it was said just in fun and games, however, when she did not agree to it, he told her to take it up with Salman during the upcoming Weekend Ka Vaar episode. Meanwhile, netizens seem to have a mixed reaction about it and amid all of this, former contestant Karanvir Bohra too, came out in her support stating how it is okay if she is hurt and while he respects Salman, his humour can be condescending after all.

He wrote about it in a series of Tweets and also recalled how earlier, his wife Teejay had also felt bad about something that happened during his episode and wrote a letter, but she wasn't wrong just because he took it sportingly.

Check out the Tweets here:

Well, the opinions continue to be divided on this, and everyone has their own stand to take! What do you have to say about it? Drop your comments below.

beingaditij 1 months ago With this person it was too much...but Rubina is raising a simple pointless things, whether against seniors, co-contestants bigg boss or the host