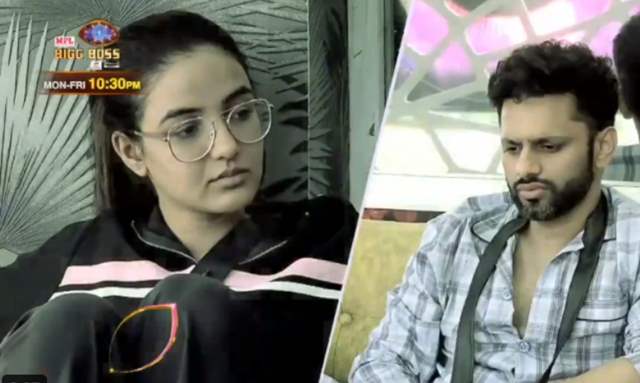 Bigg Boss 14 sure tests one's mental strength apart from all other things, and as it turns out, many have had mental breakdowns inside the house. However, as it turns out to be, Jasmin Bhasin has been severely affected by her recent fight with Rahul Vaidya, and in a recent promo, she is seen talking about the same to Shardul Pandit.

In the promo, we see her talk about how this is really getting to her and while she has been trying to not think about it by behaving casually and is smiling around, she just cannot get the thought out of her head. In fact, Shardul tells her how she shouldn't let it control her so much and overcome the fear, Jasmin says that she wants to, however, she can't stand his face.

Check out the promo heee:

In addition, apart from expressing how she cannot stand him, she also says that she has now reached a point where she feels like either she should be here, or him. While their fight has kickstarted a debate on social media as to who is right and who isn't, everyone stands divided in their opinion. As Shardul hears her out, he constantly consoles her while also telling her that she needs to overcome it.

What do you think about the fight?