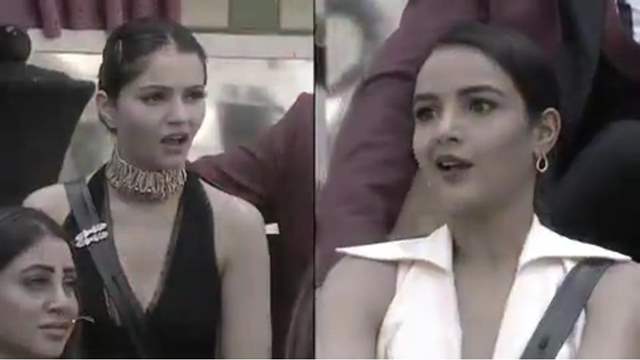 Bigg Boss 14 has witnessed a lot of equations undergo a 360 change, including those of friends becoming foes and foes turning friends. However, an equation that has been quite topsy-turvy is that of Rubina Dilaik and Jasmin Bhasin. The two have had their own share of arguments and fights inside the house and did try to mend things during a task ahead of the mid-season finale, where Bigg Boss asked the contestants to get rid of any unpleasant memory.

However, their equation seems to have suffered a major blow and they continue to fight with each other on multiple occasions. Up ahead, we will see how during a task, both of them will be seen giving tags to each other, and it will lead to both of them being rather mean to each other. When Rubina gives the tag of an undeserving contestant to Jasmin, the latter makes a remakr that seems to have left her in shock.

Apart from this, the task will also witness some fun times where Aly Goni and Rahul Vaidya will be seen indulging in some fun banter, leaving all the housemates in splits of laughter!

2 months ago Lol jasmin herself came here through Aly. Special sahara was brought for her🤣