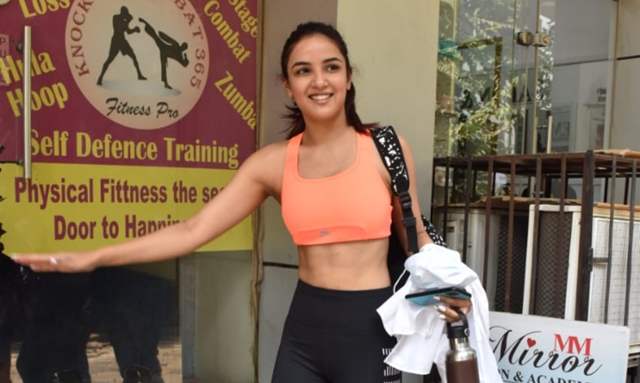 Bigg Boss 14 contestant Jasmin Bhasin returned from the show after visiting Aly Goni in the connection week and it looks like she is absolutely overwhelmed with the reaction and the support for Aly Goni. The actress has been constantly rooting for Aly, while also expressed gratitude for the support that she has gotten. The two have had quite an eventful journey in the house so far as they also expressed their love on national television and made it official for the very first time.

Earlier in the afternoon today, Jasmin was snapped by the paps and she took that opportunity to root for Aly and not only did she ask everyone to vote for him but also said how he is amazing and he does deserve to win after all. As she was getting out of the gym, she definitely seemed to be in a hurry but ensured to take this moment to cheer for Goni.

As for her journey inside the house, it has been a tumultuous one and she continues to be in the news for her fights inside with Rubina Dilaik. Apart from the fights, her stint did open up to a mixed reaction from the fans as well, but they ensured to take to numerous trends, among other things.