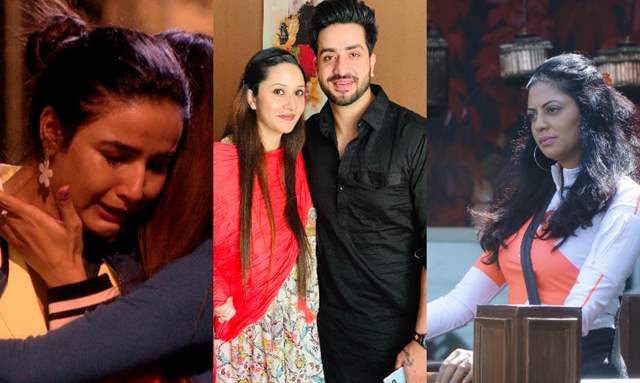 Ilaham Goni, Aly Goni's sister has been a constant support for the actor since the very beginning as far as everything that is being said online is concerned. While she stands by him, she has also constantly support Jasmin Bhasin, who is rumoured to be his girlfriend, but both assert that they are good friends. We got in touch with her and she spoke about all things Bigg Boss, his recent fight with Kavita Kaushik, and more.

How are you liking the game and Aly as well as Jasmin's game in the show?

We have seen a lot of changes in the house, good changes, I would say and we are loving his game so far. Jasmin is also playing a good game, everyone is liking her game.

The fight with Kavita grabbed a lot of eyeballs, what do you think about it?

I feel that we should always see both sides and one cannot clap from one hand only, from what I have seen, Kavita also instigates someone a lot, and if she just wanted to start a fight, she could have done it with someone else as she knows that she does not have nice terms with him, so she deliberately did that and that is what triggered him since he felt targeted. Initially, he was talking nicely, and he was also asking for an explanation but she did not do it, and I feel if there is an age gap then you also handle the situation in a certain way. And Aly being short-tempered reacted like that, and in fact, everyone said that they would have also reacted like this. I feel even Kavita would have realized and later, she also tried to reconcile and asked him to get back on normal terms, so it is always about both the people, one person cannot be blamed.

Should Aly and Jasmin start playing the game individually now, it is something that Salman Khan had also pointed out.

I don't think so, because it has been 4 weeks and I have not seen them playing together, Aly has his own set of circle and Jasmin has her own so I don't think they are interfering in each other's game. They are supporting each other, all friends do that and other people have also been keeping up with that because Aly has nominated Rubina a few times and he straight out mentioned that she is a strong contestant. People speak openly in the house and some don't, and I have seen Rubina and Abhinav discuss things too, but they do it on their own.

Have a look at the video here:

Aly was nominated after the aggression, do you think it was needed?

I think he is controlling a lot and here also, when it came to his parents since he has a very close bond with them, that anger burst out at such a level that a lot of things happened. Later, Jasmin tried to explain things to him and calm down, but it is also true that there is a reaction to action only, so if he needs to control his anger, the other person also needs to be careful with what they say. Everyone ends up using certain kinds of words and abuses so it is not right to blame only one person and call them a 'Gunda.' I think he has realized things now and he will be careful and Jasmin too, will keep him in check.

What is Jasmin and Aly's relationship after all?

They are very very good friends and their bond is amazing, in today's time such bonds are not seen very often and that is why people often think that they are more than friends. As far as them being more than friends are concerned, that is a decision that they can take because when two people want to stay together, someone else cannot do anything about that.