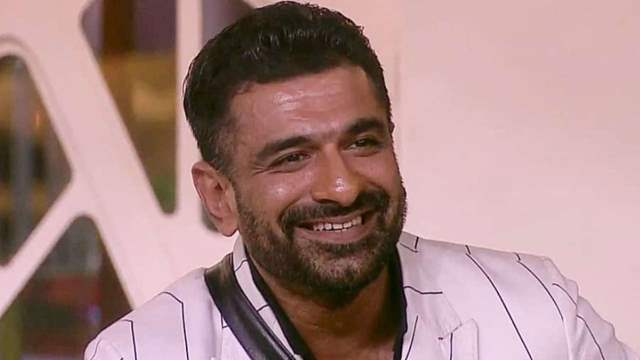 Bigg Boss 14 contestant Eijaz Khan has been in the news ever since his exit from the show. While he continues to garner a lot of love from the fans and is missed on the show, he has also been keeping busy with the project that he came out of the show for. Khan has mentioned already that he will be entering the show hopefully and he really wants to go back. Until then, Devoleena Bhattacharjee has been filling in for him.

We got in touch with Eijaz and he spoke about all things show, the contestants, his journey, and more. Read the full interview here.

Tell us about your journey and how do you feel about re-entering the show?

My journey is not over yet and I am going to definitely go in again. I have come out because of my prior professional commitment and as soon as I finish this, I will go back. I love the show, I love the platform, I love what it has done for me and now, I will go back for my supporters.

It is what it is, and I have to accept that. It was a very conscious but difficult decision, there will be a lot of my supporters that love me and I promise I will finish the shoot and go back in and do the quarantine and everything else that is needed. Until then, I need them to support Devoleena and make sure she is not eliminated.

Your bonds in the show have been a rollercoaster ride with everyone, including Aly Goni, Rahul, or Arshi even. How do you see it going forward?

Everything about me in the show is real, nothing is fake or amplified for the show. Everything I felt over there is real and things change really fast inside the house because it is a fast-tracked reality. One week feels like one month inside, or one month feels like a year and hence. Everyone has had experiences with their immediate family members and they've fought with them and that is what happens over there. Things don't change very fast but there are alterations in what a person does, and that changes, and when that changes, your reaction to that one person also changes. It is not like Rubina alleged to me that 'aapne kapde badal liye, it is not that, mausam badal gaya isiliy kapde badle.' In the end, the audience can see the truth and my relations inside have been all true.

Who do you miss while out of the show?

I miss all of them, the madness, the screaming, I miss the cortisol jump in my system, I miss the tremors after a fight, I miss the pride that I feel when I win a task, I miss the early morning song, 'Bigg Boss chahtein hain' among other things. I am craving to go inside.

Do you think Jasmin was one of the reasons that you came closer to Aly Goni later?

I don't want to over speculate things, yes he came for Jasmin, his love for her was obvious, yes I will not hold it against him when he supports her because it is what he was supposed to do. Having said that, when Jasmin got eliminated, at a sub-level I was there for him, I wasn't holding his arms or anything but I told him if he wants to talk then I am here, and that is how an elder brother is supposed to be while the younger brother can make mistakes. He can get angry with me, I have given him that right, I will spoil him with adulation, a bigger brother has to have a bigger heart.

Do you think Aly-Jasmin, Rubina-Abhinav having support inside the house turned out to be a disadvantage for the others?

Even I did not have support when Pavitra held my hand from the gloves, I received so much support. If she were to be inside the house, if she would have just hugged me in the morning and in the night, I would have been a refreshed person - It happens. Who used to talk to me? Who used to pat on my shoulder and say it's okay Eijaz, I am here for you. People who I was close to all left and the ones inside used to tell me that I am a 'panauti' and that whoever comes close to me gets eliminated, hence I stopped sitting around with these people. Every time someone got eliminated, people used to say that, even for Rahul Mahajan for that matter.

You revealed your secret in a rather emotional moment, but after all these years, do you feel relieved?

I am still trying to process it, because I have now come into the real world. Over there, there were opportunistic people who used that to trigger me. I will probably speak to an educated therapist about it as to how to deal with it. Having said that, I used to feel I took a wrong decision by saying it because I gave people fodder to trigger me, but I always see the larger picture and then I see the larger good.

Well, for now, we hope Eijaz returns to the house soon and gets back in the game!