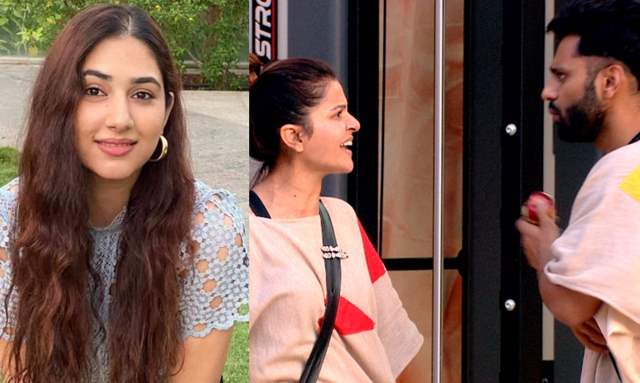 It is no secret that Bigg Boss 14 contestants Rahul Vaidya and Rubina Dilaik don't get along very well and while fans are divided in their opinion about the same, someone who has now come out in the singer's support is his lady love, Disha Parmar. It so happened that Rahul alleged that Abhinav did not save Rubina and that he cannot be trusted. Rubina then got furious and took on Rahul and said that he should not use anyone’s personal relationships to highlight his performance on the show. The two had to be separated by other contestants as their argument heated up.

And now, Disha's tweet, what clearly looks like an indirect dig at Rubina mentions how there is nothing to be frustrated and that there's a need to meditate. She also added the hashtag saying 'To whoever it may concern' and the comments have made the right guess.

Meanwhile, Rahul has been getting a lot of support from Twitterverse at large. Though fans also came out in support of Rubina and both of their fans took to Twitter trends, it will be interesting to see as to what goes down between the two in the journey ahead after all.

+ 2
1 months ago One hit wonder (PKDHMM). Now desperate for work so seeking attention of channels/PH/Casting directors

+ 2
1 months ago Rahul is no saint either and all the bad comments he makes, just horrible.