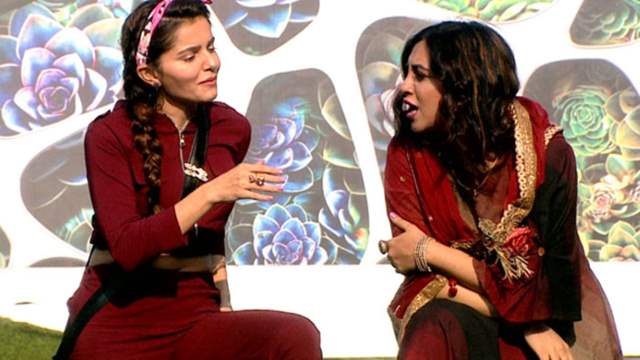 Arshi Khan entered Bigg Boss 14 as a challenger along with a few others, however, her journey came to an end last weekend and she bid the show goodbye. Arshi was a part of Bigg Boss 11 first and she has sure witnessed quite the journey in the house and outside, ever since.

We got in touch with her and she got talking about this season, her equation with the housemates, fight with Devoleena Bhattacharjee, and more. Read excerpts from the interview here:

Your journey this season was similar to Bigg Boss 11 in many ways, but different also. What do you feel?

There weren't many similarities because the season 11 Arshi Khan did not know anything and she was just playing the game but did not know what the others were playing. However, when I went as a challenger, I knew what to do, how to deal with people and what is the mindset,t what are the things one needs to give importance to, among other things. There were very few similarities but of course, in the end, I am the same person, I was real in the show, I maintained my relations from my heart, whoever liked me liked me, definitely had to bear with some insults, but I accepted them.

You developed a strong bond with Rahul Vaidya and Aly Goni, what will the equation be outside the house?

We have a very nice equation and I used to keep telling Rahul how we will not meet outside the house but he said that despite whatever happens in the house, you will have to meet me outside. Aly is also a very close friend of mine and we will definitely meet outside, I also met Rahul Mahajan, and whoever are my people, I will obviously meet them.

What lead you to be friends with Rubina Dilaik, although you were on a different side when you first started?

Abhinav was one of the reasons for our friendship of course, and when I used to sit with him, she was also around, and gradually we understood each other. Even I did not like that when we fight, either of us tells things to each other because that puts Abhinav in a spot because he had to stop both of us, and hence, we did away with the grudges. Even then, Rubina was worried that I might flip but I assured her that I will keep my friendship. Although we did not become very great friends, I did gain a sense of respect for her that we both don't fight with each other.

Things with Devoleena Bhattacharjee got out of hand, why do you think that happened?

It was very ugly and it was the first time I felt bad in the house because first, she abused me and then she also did a lot of other things, and I did not do it because, during the Weekend Ka Vaar, it would have been brought up and made to look like it is the same thing. She also almost hit Abhinav, constantly spoke about my upbringing and my parents, and when I was crying and when I was going to make Biryani, she threw cups, three the roti, and I got hurt when she was trying to put the roti in my mouth. I constantly told everyone that I did not say any such thing and no one was in my support, only Rubina, Abhinav, and Aly were in my support, and everyone else said that you will come to know in the Weekend what will happen. Bigg Boss nominated her, and one of the reasons for that was that she was Eijaz Khan's proxy, and both Aly and I did not want his game to be affected because he has worked a lot on his journey.

Ask her about her equation with Vikas Gupta and what went into the house, she decided to not comment at all.