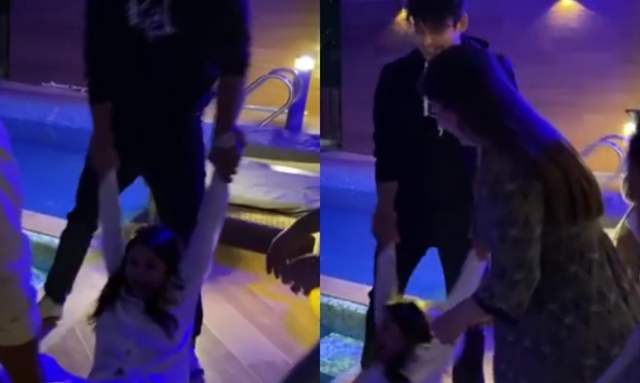 Bigg Boss 13 contestant Shehnaaz Gill has been constantly in the news long after her stint in the show came to an end. Last night, she rang in her birthday with Sidharth Shukla along with her family members as well.

A video shared by Shehnaaz sees the actress cut her birthday cake along with her parents, Sidharth, and his mother as well. She looked as chirpy as she always does and everyone sang for her while Shukla's voice was rather prominent. If that is not enough, she also had quite the splash as she shared a video where she was swung into a swimming pool and well, that is quite funny after all.

Shehnaaz was showered with lots of love after she shared the video and she also captioned it as 'Love you all'. Fans have been pouring in love on her post and they are just in awe of her as they continue to be since her time in Bigg Boss.

Meanwhile, we had reported earlier that Shehnaaz will be seen in a music video with Sidharth and it is slated for Valentine's Day release. The two have also done two other music videos together, Bhula Dunga and Shona Shona, and both the songs turned out to be absolute hits with the fans.

Surbhi Chandna on user questioning her for liking anti Sidharth ...