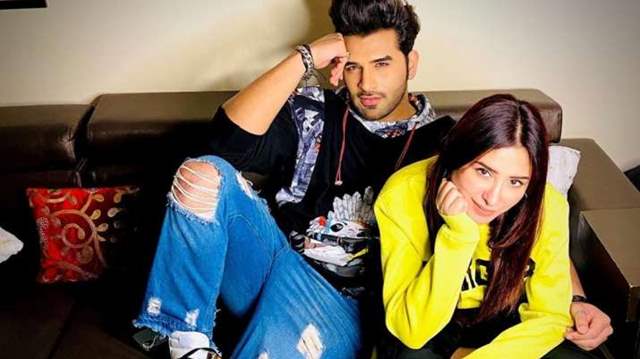 The audiences have been showered with music videos from many Bigg Boss 13 contestants and while they continue to bring out more, it does often make us wonder if it becomes monotonous for the audiences and the actors. We got in touch with Paras Chhabra, whose recent music video with Mahira Sharma, Ring, created quite a buzz yet again.

Ask him if he thinks there is monotony, he says, ''I don't think music videos will become monotonous because I think if people like the music and the video is good, people are going to come back to it, so I don't think that we shouldn't do music videos. Also, a lot of people don't get work after Bigg Boss, and if we have been getting back to back work, the lot from Bigg Boss 13, so people are doing music videos. Because of the ongoing situation, we don't have ads, we have television shows but you have to like a script, films aren't being made as such right now, especially given the entire debate around nepotism.''

He further went on to highlight how this is the time to encash upon the work, irrespective of what the audiences think right now, for those who like the videos, will watch them anyway. He added, ''While there are TV serials, the cases in Mumbai are alarming, with even the actors getting the virus, and hence, we decided to come to Chandigarh to do videos and our Punjabi film. We have more music videos coming in as well and this is the time to encash because we have lost a lot of time due to Corona.''

6 Iconic Dialogues Every True Mirzapur Fan would Use in Real ...
10 minutes ago

Yami Gautam and Vikrant Massey collaborate for Mohsin ...
46 minutes ago