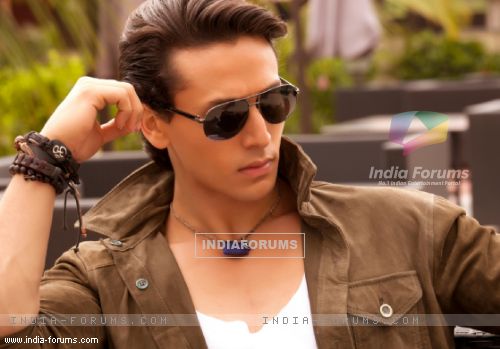 Actor Tiger Shroff, who is hogging the limelight in B-town for his chiseled frame and physique, says he is a "big fan" of veteran Hollywood actor Al Pacino.

"My dad is my style Icon in Bollywood and in Hollywood, I am a big fan of Al Pacino," he said at the launch of Planet Fashion red-carpet fashion show here.

The actor, who began his career with "Heropanti", also talked about his forthcoming projects at the event.

"I am doing a film called 'Baaghi' with (Sajid) Nadiadwala, and a superhero film, titled, 'The Terminator' or 'Flying Jat' or 'Flying Sikh' with Balaji," he said.

"Talks are going on, for now, but I haven't signed it yet. I am very grateful that I got such an offer so early in my career and Jackie Chan has been my inspiration growing up," he said.

Praising his father's humility, the 25-year-old said: "I really admire the humility in my Dad. He has stayed grounded throughout the years, he's had very humble background and I really respect for the journey he's been through and raising me and my sister."

"That is why I am working so hard, to make him proud and take care of him someday".