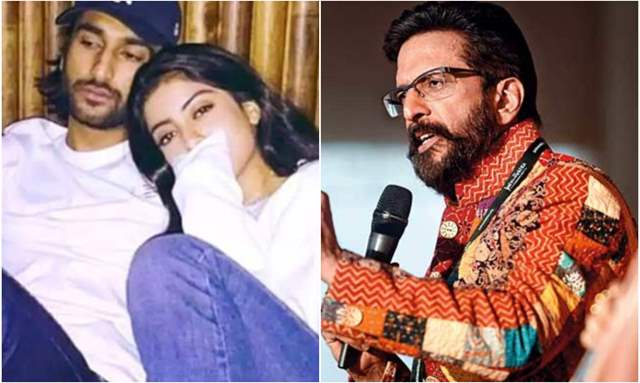 Amitabh Bachchan’s granddaughter Navya Naveli Nanda and Javed Jaaferi’s son Meezaan Jaaferi have been sparking relationship rumours for quite some time now. The young duo shares a fun camaraderie and their social media banter is also enough to add fuel to the fire.

Navya and Meezaan were reported to be dating each other. However, Meezaan’s father Javed Jaffery has a different story to tell. In a recent interview, Javed reacted to the reports of his son’s alleged relationship with Navya and clarified that they are only friends.

"People want content. Being good friends with somebody is considered to be something else always. These children have grown up together; my daughter and Navya have been friends since school. They have a common group of friends. Even Sara Ali Khan and Meezan were in the same school. They used to come home, hang around till 3 am. It is convenient to link them up as they are always together” he was quoted as saying by the Times of India.

Recently, Navya and Meezaan’s social media activity grabbed eyeballs after the Malaal actor left a cheeky comment on the former’s Instagram post. Reacting to Navya’s picture,  Meezaan commented, “Wow. I wonder who took this (sic).” Responding to his comment, she wrote, “@meezaanj my personal photographer (sic).”

On the work front, Meezaan made his Bollywood debut with the film Malaal, which failed at the box office. Next up, he will be seen in Hungama 2 with Shilpa Shetty, Paresh Rawal and Pranitha Subhash.