View Profile
Veteran actor Amitabh Bachchan may be back post his recent surgery but the question on everyone's lips is will he be back on our screens? If not on the silver screen then the chota parda perhaps? Latest buzz has it that Big B will be 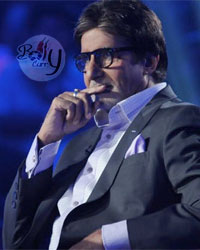 back with a bang in the next season of the popular quiz show Kaun Banega Crorepati.
After his prolonged stay in the hospital and his subsequent recovery from an abdominal ailment, the Shehanshah of Bollywood could soon start shooting for KBC-6, which is to go on air in mid 2012.
When contacted, producer of Kaun Banega Corepati, Siddharth Basu has apprently confirmed the buzz and has expressed his intent to work with the ace actor in the forthcoming seasons too!
Shehenshah's rich baritone and his inimitable style had made the quiz show an instant hit with the audience. Apparently, Big B was always supposed to return this season as he had signed a two-year contract in 2011. However, after the two hernia surgeries, people wondered whether he would be able to take up the grueling assignment of hosting a daily television show.
However, after a recent tweet from the net-savvy superstar, the green light does not look good to flash for some time yet: "Media writes, I am back at work on KBC and film ... not true .. I will, but not just yet .. !" (sic) [(c) Twitter].
KBC is almost unthinkable without Mr Bachchan hence BollyCurry wishes the megastar good health and hope to see him in the questioner's chair soon!