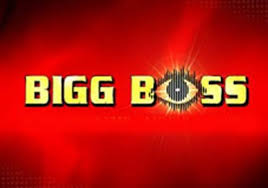 Televisions' most popular reality show Bigg Boss aired on Colors has grabbed many eye balls with its unique concept which is an adapted version of the popular show Big Brother UK.

The show is basically about 13 known personalities from various fields and are kept in a lavish house which is a secluded place.

All the contestants have to sign a contract of 90 days where they have to do all the work by their own and have no means of communication and entertainment. They are given a task every week. All the members in the house are being watched 24/7 as there are cameras placed everywhere in the house. Their fight, all the controversies created and all other stuff have made the show very popular. Now the makers have thought of taking the show on a higher level by making it as a film.

Deepak Dhar, CEO and MD, Endemol India, told, "We intend to make a film on Bigg Boss soon. We have written the script and soon plan to attach a big director to the project. It's going to be a film that will be set in the Bigg Boss house. We have the first draft in place and have approached a couple of big names. We will make some key announcements soon."

6 years ago please nooo dont do this

6 years ago Oh God. How obvious are they gonna make it that Big Boss is almost always scripted? Shows should stay shows. And films should stay films. Please don't mix the two.

+ 2
6 years ago why now bb news coming now, jdj should finish then bb news n articles can come, they r showing colors is losing audience. They should stop this.

+ 3
9 years ago not again ya...every article regarding the movie makes me more impatient for it...can't wait for the movie...

9 years ago I hope SRK's movie does all the best, can't wait to see the movie. Love SRK!

9 years ago all the very best for this movie! seriously cant wait to watch it, october needs to arrive sooner!