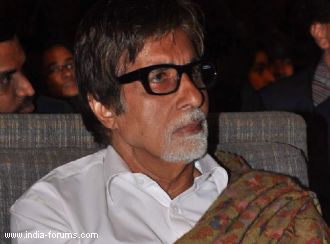 A leading music company has approached megastar Amitabh Bachchan to record his father Harivansh Rai Bachchan's works in his voice.

"I am approached by a music company of repute. They wish for me to record for them my father's works all over again. They have the rights to one that we did, my father and me, many years ago - 'Bachchan recites Bachchan'," the 69-year-old posted on his blog bigb.bigadda.com.

"Now they wish me to sing some of his verse in my voice! They present me with some gifts. And I am amazed what it is. It is the old style record vinyl LP player, along with some LPs of my films. They tell me that this is what is being made popular by the generation next," he added.

Harivansh Rai, a noted Hindi poet, is credited with literary works like "Madhushala" and "Agneepath". He died in 2003.

Amitabh, his eldest son, has been making efforts to popularise his works internationally by reciting his poems in New York and Paris.

Earlier, he has expressed a desire to open a museum to store his father's works.