View Profile
Amitabh Bachchan felt honoured and privileged to sing the National Anthem at the opening ceremony of the second season of Pro Kabaddi League here. 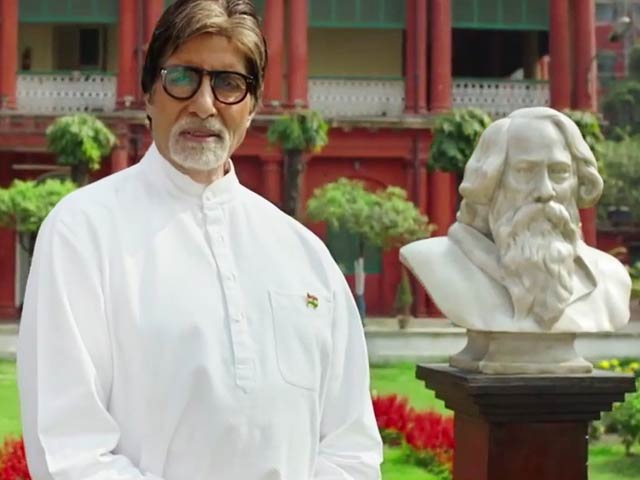 Big B, who began the kabaddi event on Saturday by singing the National Anthem, used the digital platform to share his emotions.

"First day of ProKabaddi... And I sing the National Anthem... first time ever! Honored and a privilege ..." Amitabh posted on took to social networking website Facebook.

He also shared a video link of the performance.

The 72-year-old donned a plain white kurta and pyjama with a black achkan and also sported his three Padma medals at the event, which also saw participation of his star son Abhishek Bachchan's kabaddi team Jaipur Pink Panthers.

"The first time ever I wear my Padma medals.. all 3 ..and then switch to cheering Jaipur," Amitabh, who has been awarded with Padma Shri, Padma Bhushan and Padma Vibhushan, captioned one of the photographs.

The opening ceremony was a star-studded one with celebrities like Aamir Khan, Riteish Deshmukh, Genelia D'Souza, Abhishek and Aishwarya Rai Bachchan gracing the event.