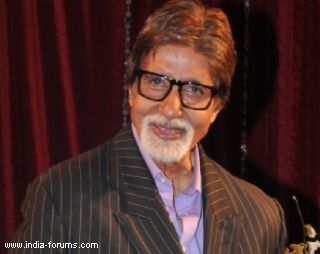 Bollywood megastar and Gujarat brand ambassador Amitabh Bachchan, who previously promoted areas like Kutch and Dwarka, is now set to attract tourists to other picturesque spots in the state.

"In serene quietness of Gujarat is Bhuj. The welcome and hospitality of the people, as always, extraordinary," the 69-year-old posted on his blog bigb.bigadda.com Sunday.

"Bhuj airfield under repair, so the jet cannot land there, hence landing in Mundra, the private airfield of the business group Adani, who has built the third largest, soon to become the largest port in India," he wrote on his way for the shoot of the latest ad.

Bachchan, who so far promoted the Kutch region, Dwarka, Somnath and Gir National Park, has been all praise for the development in Gujarat and said the state is worth visiting again and again.

"The day starts early tomorrow and starts at the Rann of Kutch, the white desert where a tent city has been put up for tourists to enjoy the moment," he posted.

"And subsequently I should be visiting and shooting at all the areas that had got left behind the last time round... A region so close to home yet so diverse in so many ways.

"The clothing the language the food the environment, everything. But all Indian," he added.

He once said that if the Gujarat government planned a documentary to showcase the state, he would like to be a part of it.

Bigg Boss 14: Abhinav Shukla and Rubina Dilaik to be a part ...
32 minutes ago