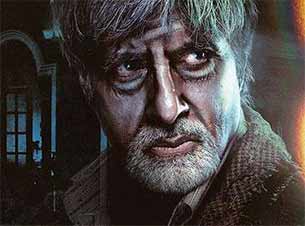 While shooting for "Bhoothnath 2", Amitabh Bachchan bumped into the cast of "Happy New Year" and shared fun moments with younger actors like Shah Rukh Khan and Abhishek Bachchan. The megastar felt as though he was reliving his former shooting days.

The shooting of "Bhoothnath 2" and "Happy New Year" was taking place at the Mehboob Studio here Friday.

"Lunching out in the open, PS4 play station and football in SRK's van... idle gossip, camaraderie... felt like the good ol' days when this happened so often, when two or three units shot at the same location," added the 71-year-old.

"Bhoothnath" 2 is a sequel to Big B-starrer "Bhoothnath", which released in 2008.

'Naagin 5' To Welcome Two New Entries in The Form of Karan ...
11 minutes ago