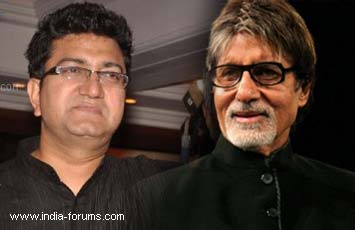 In his mesmerising baritone, megastar Amitabh Bachchan set the stage alive at the opening ceremony of the fifth season of the Indian Premier League (IPL) with a heartwarming poem written by lyricist Prasoon Joshi.

This is the actor's first stage appearance after undergoing abdominal surgery. He looked hale and hearty as he came on stage dressed in velvet coat and trousers, to recite "Janam Yadhi Phir Se Mile".

The 69-year-old was accompanied by dancers from the Shiamak Davar troupe, who described the essence of the poem through their performance.