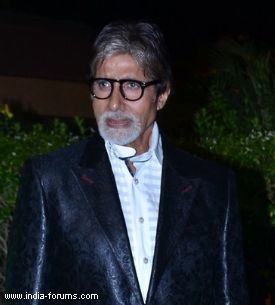 Megastar Amitabh Bachchan is in a nostalgic mode on his mother's death anniversary Saturday and says that she was "the most beautiful woman in the world".

His mother Teji Bachchan passed away in 2007 in Mumbai's Lilavati hospital.

"It is hard to reminisce those moments and hours at the hospital when she breathed her last, my mother. But as we held hands, those of the family, in her room in the ICU, and saw her fight to the very last, I could not but ever imagine any other way in which she would have wanted to leave the world and us," Amitabh posted on his official blog srbachchan.tumblr.com Saturday.

The 71-year-old also said that his mother fought like a tigress during her ill health.

"The doctors would say it is all over, but she would come back and the doctors would get busy again in her revival, pumping her chest, injecting, frantically giving instructions to the army of doctors and nurses that gathered around her bed until finally unable to bear the sight of those physical and all other medical procedures, I told them to stop giving her more pain," he posted.

"My Mother .. the most beautiful woman in the world," he further added.