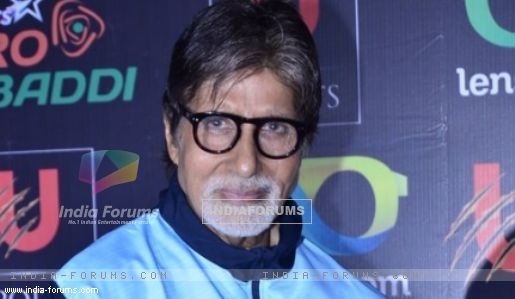 Megastar Amitabh Bachchan, an avid user of social media, has amassed a massive following of over 10 million users on Twitter. His target is to double the figure.

The most followed Twitter user in India, the 71-year-old is known for his versatility on the platform.

He keeps his fans entertained by frequently tweeting about issues of national and international importance, sharing moments from his personal and professional life, and connecting with his fans personally by replying to them directly on Twitter, through over 33,000 Tweets till now.

The actor is also known for initiating new trends on the platform and had recently launched an initiative called #BachchanBol via which every Wednesday, the actor shares fun and interesting facts with his followers.