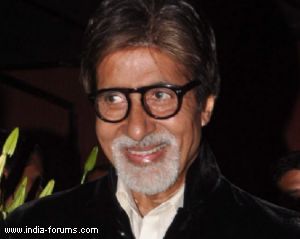 "Playback singers have always been responsible for the stature that the actor in Indian cinema eventually achieves. In a country and in a society where music and its identity are observed as meticulously as the solution to a mathematical problem, it shall ever be difficult to measure this contribution," Amitabh wrote on his blog srbachchan.tumblr.com.

"There is a song that needs must be played for identity of event, moment and remembrance. Achievements in the field of politics, sports and other vocations shall be interspersed with a song. But music it is that is chosen to completely describe it. And it is always featured in the magical voices of our illustrious playback singers - Lata Mangeshkar, Kishore Kumar and Mohammed Rafi!!" he added.

Reminiscing the contribution and qualities of the veteran singers of the yesteryear era, he said: "Lataji had the persistence and strength of that indestructible ingredient, honey... where the pathos and at most times the vibrancy of Kishore Kumar... there was and still remains the fluency and magic of a Rafi Sahab."