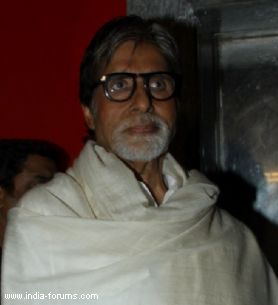 Megastar Amitabh Bachchan has completed six years of sharing updates on his day-to-day routine and thoughts with his "extended family" on his online blog.

"It's the sixth anniversary of the blog. Six years without a single day being left out," Big B posted on his Twitter page.

The 71-year-old's first tryst with blogging began on www.bigb.bigadda.com. Later, his blog shifted to www.srbachchan.tumblr.

The platform has brought him closer to his multitude fans in and outside India. He keeps them engaged with updates on his projects, family, views and photographs.

Amitabh is also an avid user of micro-blogging platform Twitter.