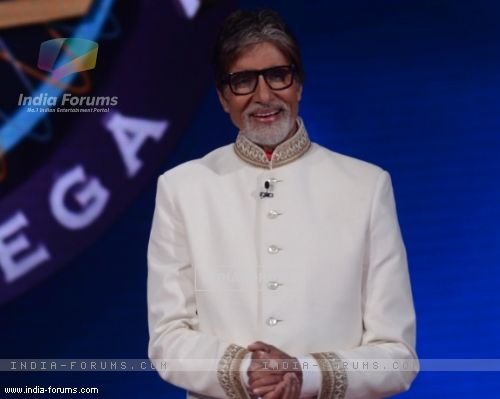 Sony TV's much loved game show Kaun Banega Crorepati has completed 14 years this year. The show was started in the year 2000 with an association with the man Amitabh Bachchan.

Currently the show is airing its eight season and television actors like Kanwar Dhillon, Kapil Sharma among others and Bollywood actors like Deepika Padukone, Arjun Kapoor, Priyanka Chopra and Rani Mukherjee have already made an appearance in this season.

This Indian remake of international series 'Who Wants to be a Millionaire' has reached out to the masses like never before.

Recently Big B went on to Twitter and wrote about his happiness. "KBC an association of 14 years and its longevity still alluring."

With the show completing 14 years, Amitabh Bachchan also completed an association of fourteen years with the show this year.

Kaun Banega Crorepati 8 is currently the show which brings in maximum TRP and the show is doing exceedingly well for the channel.

TellyBuzz wishes all the good luck to the Mr. Bachchan and hope this association with KBC remains the same.