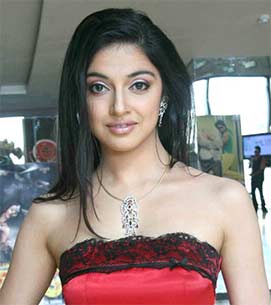 Actress Divya Khosla Kumar, who is making her directorial debut with "Yaariyan", says her husband Bhushan Kumar rejected her three scripts before producing this film.

"It was not easy for me. Bhushan is a successful producer and he is very emotionally attached with T-Series. He is someone who will not play with the reputation of T-Series so I had to struggle a lot to prove myself," Divya told reporters during the trailer launch of "Yaariyan".

"I learned editing and direction. I also directed a music video. Bhushan rejected my three scripts before 'Yaariyan' but now he is happy with the response he is getting for the film," she added.

Divya is also very confident about her debut film and says that it will get a 'U' certificate from the censor board.

"'Yaariyan' is a youthful film and clean film. I am sure our film will get a 'U' certificate," she said.

The film is a youthful commercial entertainer, which stars Himansh Kohli and Rakul Preet Singh.