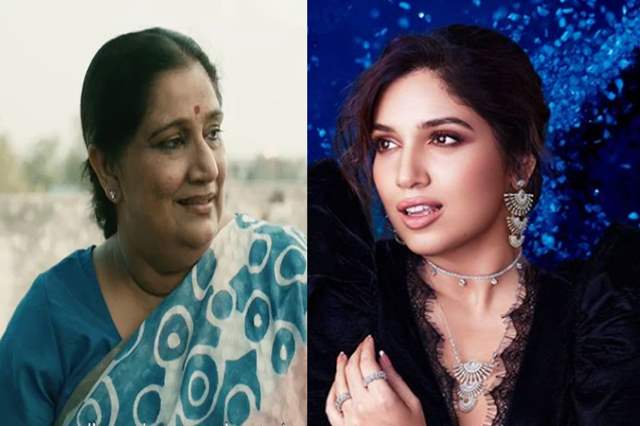 Actor Bhumi Pednekar as not only marked an impact with her career so far but has also grabbed opportunities to work with some fine actors like Seema Pahwa, Brijendra Kala and many more.

And having played the lead in her debut movie Dum Laga Ke Haisha, she got to play Seema Pahwa's on-screen daughter. Now that Pahwa has her first film as a director up for release, Pednekar wished Pahwa on the same. She shared a picture of the film's poster on Instagram and wrote: "Dearest Seema Ma'am, I'm so so ecstatic about your first film as a director :) It's hitting theatres tomorrow and it's such a proud feeling. "I remember watching it and feeling, I wish I could have been a part of this beautiful world, full of such endearing characters and heart touching realism. All the best to entire cast and crew. One cast that is full of so many of my favs. RELEASING 1st JAN 2021 in cinemas. Watch @officialjiostudios and @DrishyamFilms' #RamprasadKiTehrvi… Directed by #SeemaPahwa Releasing 1, Jan 2021 in Cinemas Near You."-

Ramprasad Ki Tehrvi stars a dream ensemble cast with actors like Naseeruddin Shah, Supriya Pathak, Konkona Sen Sharma, Parambrata Chatterjee, Vinay Pathak, Vikrant Massey and Manoj Pahwa among others. The comedy drama revolves around the Bhargava family that comes together for 13 days to perform the 'tehrvi' function after the head of the family passes away.