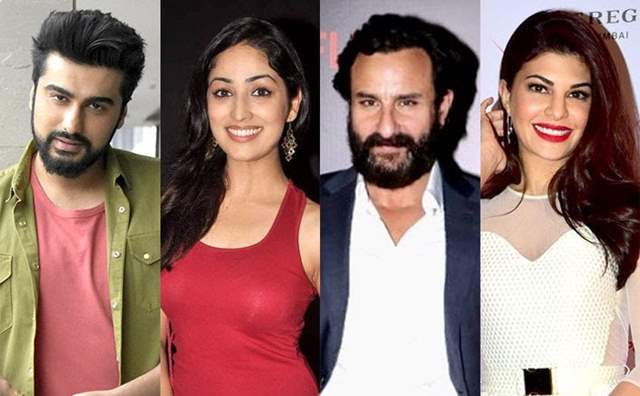 Saif Ali Khan and Arjun Kapoor will be seen alongside each other in the horror comedy titled Bhoot Police.Jacqueline Fernandez and Yami Gautam have been roped in as the leading ladies of the film.

The director of the film Pavan Kripalani has said that the team will start shooting next month. The star cast will head to Himachal Pradesh next month to begin the shoot of the horror comedy. In an interview with Mid-Day, Kripalani said that they will film the first schedule in Dharamshala, followed by schedules in Dalhousie and Palampur.

Kripalani also stated that shooting amid the pandemic situation and adapting to the new normal is definitely tough. However, as Himachal is one of the safest locations in our country, they have opted for this location for shooting.

The filmmaker also ensured that the production house will follow all the safety measures to maintain safety on set.

Furthermore, he also hinted at a possible sequel to the film. “Horror films lend themselves well (to a franchise). But right now, our effort is to make a good movie" Kripalani concluded.

Directed by Pavan Kirpalani, the film is produced by Ramesh Taurani and Akshai Puri.