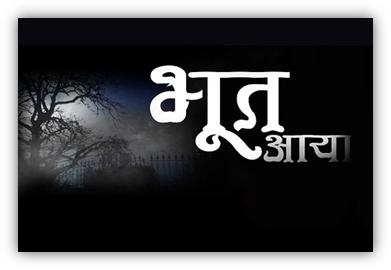 The episode revolves around Garry and Janet who come from Australia to Pune when they get the sad news of the death of Garry's father. After Andrew's funeral, Garry comes to know about his father's bungalow in Goa. Garry and Janet decide to visit Goa to sell the property.

The estate agent in Goa informs them that the bungalow is haunted but Garry and Janet feel that it's a trick by the agent to lower the price of the property.

However, over a period of time strange things begin to happen to Janet while Garry and Janet's stay at the bungalow. One night Garry finds Janet possessed supposedly by a female entity. A priest is called upon to help and the exorcism takes place. The female entity possessing Janet is Andrew's first wife Angela. Garry's father Andrew left Angela because she couldn't bear his child and now Angela is out to take revenge.

Aanya. 9 years ago THaT is definitely Priyanka Chopra!!! The hair!

-MissQueenBee- 9 years ago i think thats priyanka's hair.......so its priyanka

ISano 9 years ago thats priyanka chopra.. she had these blue color hair once

Delnaaz Irani speaks about entering Choti Sarrdarrni, her ...
5 minutes ago

Madhrima Tulli & Ssharad Malhotra starrer “Pasta” gets an ...
24 minutes ago

Kareena Kapoor Khan’s 40th Birthday: Inside Pics give ...
41 minutes ago