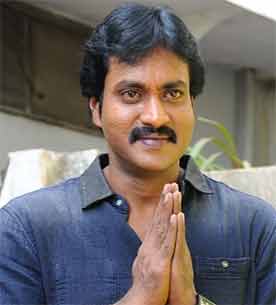 Comedian Sunil Varma, currently enjoying the status of a lead actor, is confident that his upcoming Telugu romantic-comedy "Bheemavaram Bullodu" will be much more hilarious than most of his recent films.

"I can confidently say that this film ('Bheemavaram Bullodu') will be ten times funnier than most of my recent films. The comedy in particular will be far better than what the audiences have seen in my last few films. I can vouch for that," Sunil, who featured in Telegu movies like "Mr. Pellikoduku" and "Poolarangadu", told IANS.

Having played a comedian for nearly a decade, he said he would like to entertain audiences as a lead actor too.

"Comedy is my strength and that's what I'm known for. I will continue using it in my favour to impress audiences even as a lead actor," he added.

The film's audio was recently unveiled in Bheemavaram, birth place of Sunil.

"I didn't know so many people would come to see me. I'm not even a star actor but I was surprised to see that so many people care for me. I was touched and promised that I will return to celebrate the success of the film with them," he said.