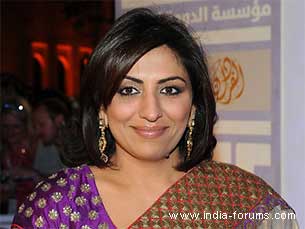 At last that film on the life and loves of master storyteller Guru Dutt, which every prominent filmmaker wants to make, will be made by "Dharm" fame Bhavna Talwar.

What's more, she has secured exclusive rights to use all the celebrated songs from Dutt's cinema.

Shedding light on her ambitious Guru Dutt biopic, Bhavna said: "It would look at the man and the filmmaker from one range of vision, mine. There will be lots of music. But only what is required. We won't over-use Guru Dutt's vast repertoire of music just because we have access to it."

Saregama/HMV, the oldest and most well-stocked music company of the country, which owns the copyrights for all the songs and music of Guru Dutt's cinema, has given Bhavna the exclusive right to use the entire body of Guru Dutt's music.

As for Guru Dutt's family raising objections to the biopic, a source close to Bhavna's film said: "We're very clear on the legal aspect of filming a real-life personality. We'll only be using information on Guru Dutt that is in the public domain."