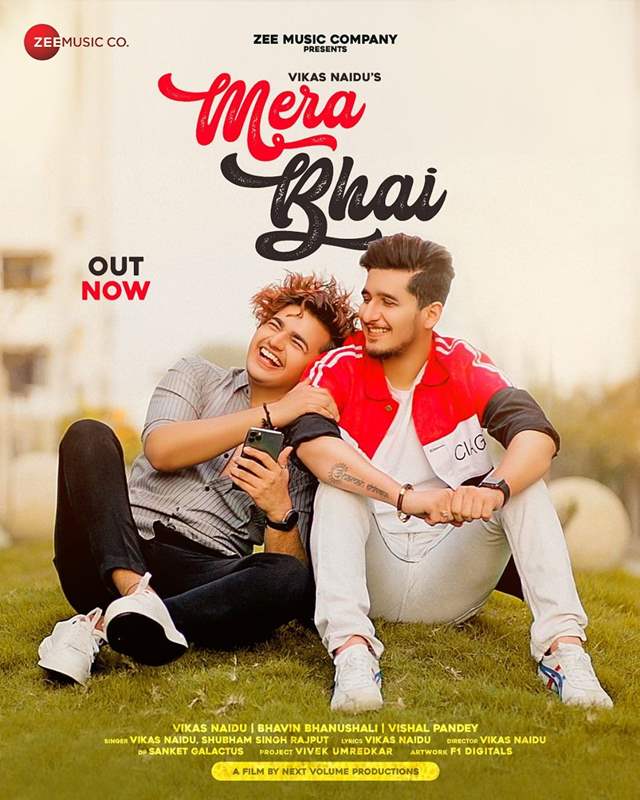 Zee Music Company released the song ‘Mere Bhai’ starring Bhavin Bhanushali, Vishal Pandey, Vikas Naidu, Bhavika Sahajramani and Monadhoke. The song depicts the heartwarming and endearing relationship between two brothers (Bhavin and Vishal). It is sung by Vikas Naidu and Shubham Singh Rajput. Vikas Naidu has directed the song along with the music and the lyrics.

The song is about two friends who have always been there for each other like brothers. It showcases the heartfelt relationship and their ‘bromance’ bond with several fun elements that every brothers duo share. The two even though may have arguments, fights and ‘not so good’ moments, they’ll eventually come back to each other, that’s the speciality of this bond.

The video stars off where we can see Bhavin, Vishal and their friends having a gala time where Vishal is seen playing the guitar. However, the guitar which is in a bad condition and the strings eventually breaks apart. To this, once again Bhavin comes to rescue who surprises him with a new guitar. The video showcases several such incidents where we can see how they always stand by each other.

The entire music video is shot beautifully and one can witness the authenticity when it comes to the locations of the shoots. The meaningful lyrics of the song and the soothing tune will hit just the right cord, keeping you engaged till the very end. Apart from this, all the actors have acted beautiful and we can clearly see the bond that Vishal and Bhavin share in the music video.

Overall, this song can be added to your list and you may often find yourself humming to the tune of it. Have you watched the song yet? Do let us know what do you think about the same in the comments section below.

Watch the entire music video in the link below...