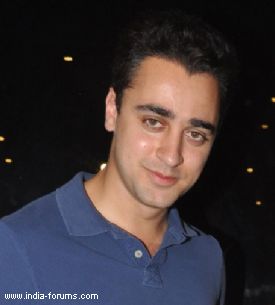 Actor Imran Khan says his next film "Bhavesh Joshi" with director Vikramaditya Motwane is set in the real world and that it has nothing to do with supernatural or sci-fi elements.

"It's not a superhero film. It has no sci-fi or supernatural elements," Imran told reporters Wednesday on the set of the seventh season of "Kaun Banega Crorepati".

"It is the story of a normal guy set in the real world. There are no fantasy elements in that film," added the actor who came to promote his ready-to-release movie "Gori Tere Pyaar Mein" on the game show.

"These are wrong stories. Neither is it based on any Gujarati play nor on a novel. It is just the story of a normal guy set in the city of Mumbai," he said.

"Bhavesh Joshi" went on floors in October this year.