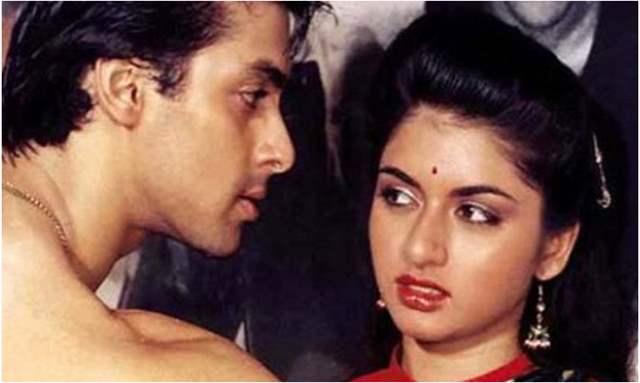 Actress Bhagyashree debuted in the film Maine Pyaar Kiya (1989) more than 30 years ago, when she was just 20-years-old. Salman Khan and Bhagyashree’s sizzling chemistry lead to the film to be a chartbuster and the iconic pair continues to reign over the audience’s hearts with their performance in the film.

Bhagyashree in a previous interview with the Deccan Chronicle shared that the superstar is a gentleman not just on camera but also off-camera.

Owing to the film’s success, the on-screen couple had to do a few photoshoots. During the same, a photographer asked the Bharat actor to kiss the actress, but he refused.

Bhagyashree recalled, “There was a very popular photographer back then, who is no more. He wanted to take some not-so-complimentary photographs of Salman and me, some sort of ‘hot’ photographs. So, he took Salman aside and told him, ‘Main jab camera set up karunga (When I set up the camera), you just catch her and smooch her. All of us were newcomers and this photographer thought he had the liberty to do something like that. Back then, smooching scenes were not prevalent.”

Bhagyashree who stood close to the photographer and Salman Khan heard the entire conversation between them. However, The actress was relieved after she saw how the Bajrangi Bhaijaan fame had reacted to the photographer’s demands.

I don’t think he or Salman knew that I was standing very close by and could hear every word. For a second, I remained shocked, but just then, I heard Salman say, ‘I am not going to do anything of that sort. If you want any pose like that, you need to ask Bhagyashree.’ I really respected Salman’s response, and that’s when I realised I was among safe people.

The actress’ fans were let down after she quit Bollywood to get married and have kids. During a recent interview with Indian Express, she said that she took the opportunity very lightly and did not make the most of it.