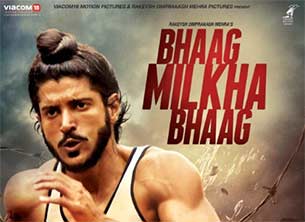 Prasoon Joshi is thrilled that "Bhaag Milkha Bhaag", which he wrote, has bagged the best film award at the 20th annual Life OK screen awards.

The film marks the lyricist's debut as scriptwriter.

"It's wonderful that 'Bhaag Milkha Bhaag' as a film on a holistic level has been appreciated and awarded by the jury. It's my maiden script and, therefore, very close to the heart," Joshi said in a statement.

"Awards is a reaffirmation of the fact that hard work done in all departments, acting, cinematography, direction, and music has played its role," he added.

Directed by Rakeysh Omprakash Mehra, the biopic on athlete Milkha Singh starred Farhan Akhtar in the lead role and it was loved by the audience.