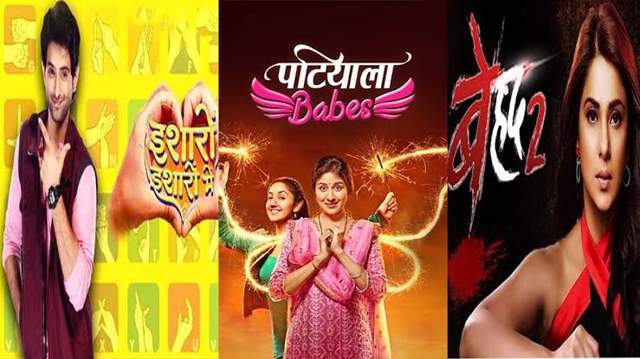 While almost every shoot is desperately waiting to restart as the lockdown ends, three shows have faced a rather unfortunate end and won't even see the light of the day again.

In an exclusive statement issued to BT, the channel said that the three “are finite fiction shows and the nature and the pace of their narrative is time-bound.”

It further stated, “Given that all shoots have been stalled since March, owing to the unprecedented situation we are in, these shows couldn’t shoot their logical ends. All the three shows have had a good spell and would have paved way to newer narratives eventually, had the shoots been functional. Having said that, keeping the best interests of all in mind and in joint agreement with the producers, it has been decided to terminate these shows, as of now.”

In an interview with BT, producer of Patiala Babes, Rajita Sharma said, “Ours was always a finite series, but unfortunately, we are unable to shoot the remaining episodes because of the lockdown. None of us know when we will be in a position to resume shooting. So, it was a mutual decision to pull it off air.”

Prateek Sharma, producer of Beyhadh 2 said, "We all are in an unprecedented situation here and I would totally agree and go ahead with channel's decision in this matter as whatever they will decide will be in the best interest of all the concerened parties, including producer, actors, writers and the rest of the crew."

Ashnoor Kaur, who played the lead of Patiala Babes said, "I am not able to digest the fact that the show is over and we won't be working as a team. It is sad but I am happy that I got to portray a role like Mini and given the circumstances I think it was in everyone's interests."

1 years ago Can understand channel's condition but still every show deserves ending. This no ending is quite sad thing. Stories of all the three shows have not finished, it should get proper closure! Ishaaron Ishaaron mein ended for me long back with Yogi-Pari confession. Was not watching show since then, was reading written update, still it deserves ending. Watched Beyhadh 2 on and off, it's thriller and it definitely needs proper closure. Watched some episodes of Patiala Babes season 1, season 2 is also good in individual way. Good show. Thus all the 3 shows need proper ending, but sad part is decision has been already taken. Hope Sony Entertainment Television will reconsider it once things get better.

1 years ago rajitha sharma and gangs this is called the silent slap of Karma!! I am so happy for patialababaes. remember oct 2019? without any reason , just the sake of your ego and blind hatred for Hanita you axed 2 main characters overnight .you not only did injustice with Paridhi and Aniruddh but you missbehaved with 1000s of their fans. we requested , we begged you to give a proper closure to their character, but You prioritized your fav Minnie and see what happens now. you all deserve it. Karma is extremely active. Bye-bye Patialababes.

1 years ago I am extremely happy that Ishaaron Ishaaron Mein is axed. The show insulted love by separating Yogi & Pari. That was the end of the show for many viewers. Debattama Saha (Pari) is a brilliant actress and wish to see her as the lead in a show/web series post lockdown.

1 years ago Rapchick I am completely aware of what I am saying beyhadh 2 is a trp disaster and no amount of it is hit online can change the fact. The production cost of beyhadh 2 is lot bigger than S1 and it is churning loss to the channel ever heard about a thing called return on investment it's in negative for beyhadh which is why it's flop 😁 and ur defense of online trps is 🤣 because business needs monies to run and online revenue is just not enough.. let me give u an example here is a quote from noted producer Gul Khan ------_-------->The online audience never translates into ratings, therefore their negativity or positivity also does not translate into low or high ratings! For instance, Ishqbaaaz is extremely popular and loved online but rating wise it's not No. 1

1 years ago I think they r terminate as of now, they will be back later, isharon isharon mein and beyhadh deserve to run longer .

1 years ago LOL they tried really hard to axe beyhadh 2 before lock down as it was huge ass flop. But the fans trending and protest stalled it for some time but thanks to Covid-19 they have a perfect reason to end all the loss bearing shows. A wise decision by the channel !!!

1 years ago Beyhadh 2 is a thriller show . It's not typical saas bahu serial. They just started few months ago. They should give some time to end the show.

+ 2
1 years ago Beyhadh 2 is a dark thriller. One of the finest thrillers of today's times. They should have gave it a proper closure atleast.

1 years ago Karma!! Nothing more to say. Though it is bad and saddening, PB now knows, how it feels to remove a character overnight, without any prior notice!