View Profile
We all know that Ekta Kapoor turns to her father's movies for inspiration for her stories. And 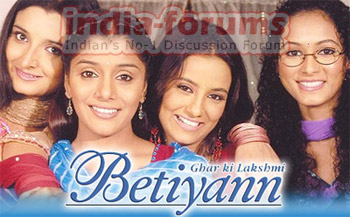 Featured Video
other creative heads are not that different. The latest serial to catch the Bollywood bug is 'Betiyaan', on Zee. And the source of inspiration is none other than the SRK hit, 'Baazigar'.

Here are a few similarities:

Karan comes to the Goradia House as their saviour – in the movie, Ajay comes to Madan Chopra's house as the son he never had, and impresses him.

Karan's mother does not recognize him because she is unwell – Ajay's mother is unwell in the movie.

Karan, as a child swears to avenge all the humiliation – Ajay swears revenge as a child, at his father's pyre. 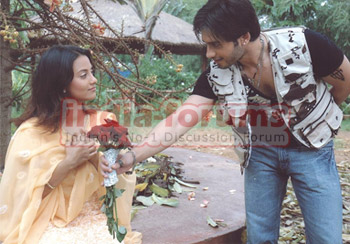 However, to be fair to the writers of the serial, there are some differences between their script and that of 'Baazigar', and we made a note of those too:

Karan's aim to seize the Goradia property – Ajay wants his father's property back.

Karan does not have any feelings for Lakshmi – Ajay falls for Priya.

And, we cannot overlook the fact that 'Baazigar' itself was a lift from a Hollywood movie. Life is like the movies. -(SAMPURN)

+ 2
14 years ago the concept of the movie sounds good