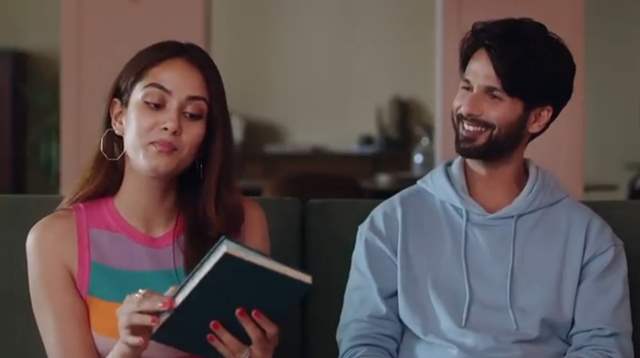 Shahid Kapoor and Mira Rajput are one of Bollywood's most popular couples, and they never miss an opportunity to shell out serious relationship goals.

The Kabir Singh actor and Mira are both very active on social media, and they are frequently seen exchanging romantic posts for each other, which is a delight for the fans as they enjoy a huge fan following.

As the Batti Gul Meter Chalu star turned a year older today, his wife Mira made sure to express her affection for dear husband by writing a special post for him.

Mra shared some previously unseen photos of the Padmaavat actor during their recent beach holiday on Instagram, and the actor's swag was clearly evident.

She also posted a lovely tanned selfie with the birthday boy when they were spending quality time together. Mira gushed about the Jab We Met star in the caption, calling him the best husband. She wrote,

“Happy Birthday life. May you get the best of everything because you are the best. Best dad, best friend, best husband, best sage… I love you#mineforever #birthdaybumps”

along with heart emoticons.

Talking about the work front, Shahid is gearing up for the release of Jersey with Mrunal Thakur. The film, directed by Gowtam Tinnanuri, is a Bollywood adaptation of the National Award-winning Tamil film Jersey, which starred Nani.

The sports drama was originally scheduled to premiere in December 2021, however, it was postponed due to an increase of COVID 19 cases. Jersey is now set to be released on April 14th of this year.