As we slowly enter June, besides stepping into the enjoyable months of summer, we also enter the months that are traditionally popular for one other thing, marriages! While most of the focus goes on the women folk, let's not forget the other halves who also spend extra time in looking dashing for the big day. Thus BollyCurry brings to you some of the handsome grooms of Bollywood. 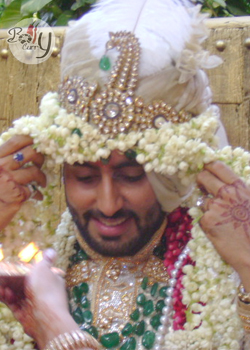 Looking every bit the avatar of tall, dark and absolutely handsome is the Junior Bachchan. Dressed in a golden sherwani studded with jewels along with a similarly studded sera and an emerald necklace, Bachchan looked every bit like the handsome prince off to meet his princess. The sherwani was specially woven by the 400-year-old family of Kay Sons. 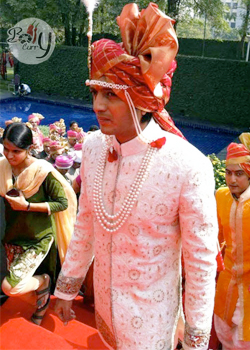 Looking simple yet dapper was the handsome Riteish Deshmukh in a white sherwani. He accompanied his outfit with a traditional Maharashtrian petha, pagdi or turban, with a white feather as per custom. He rounded off his cultural region groom look with the traditional pearl mundavalya on his forehead and a string of pearls around his neck. 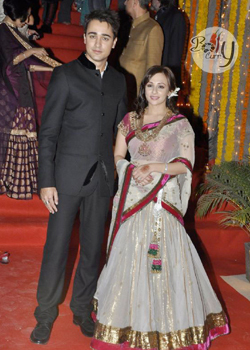 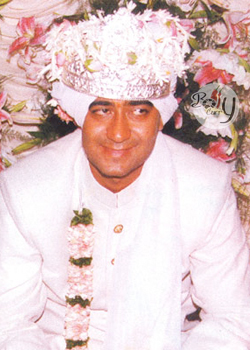 Ajay Devgn and Kajol kept their marriage simple and per the dictation of Maharashtrian customs. Looking absolutely handsome, Devgn wore a simple white sherwani with a white pagdi or petha that was adorned with white flowers at the front. What made his basic outfit stand out was the large smile he sported and the fact that all the photos were either taken by family or by himself. 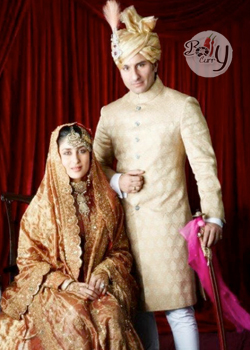 Bollywood's Chote Nawab married in true royal style. Saif Ali Khan went traditional on his wedding day wearing a golden achkan - designed by Raghavendra Rathore - with a turban, Jodhpuri breeches and all with minimal embroidery. He completed the look with a feather in the turban and a sword in his hand making him look princely indeed. 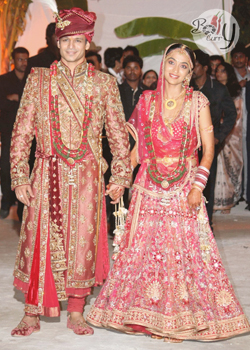 Marrying Priyanka Alva in a low-key affair, Vivek Oberoi looked every bit the traditional groom in a deep maroon, heavy, embroidered brocade jacket designed by Tarun Tahiliani, who is often considered the guru of bridal wear. He completed the look with a velvet maroon turban and maroon jootis. While the look may look heavy, it matched his bride's look and was carried off rather nicely by a very happy groom. 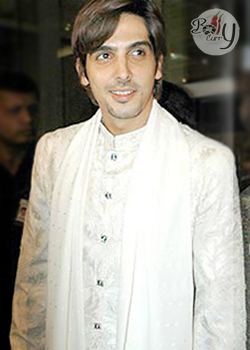 Dressed in a simple white brocade sherwani, Zayed Khan got married to Malaika Parekh in event that was attended by many Bollywood stars. Khan chose to keep his outfit very simple opting not to wear a turban or any strings of jewels around his neck. However, it was not needed as the glittering white sherwani complemented his smile and his bride very well.

The above are just some of the attractive grooms of Bollywood. There are, of course, many others but to fit them all into one article is daunting. Nevertheless, we hope you enjoyed this grooms special and do let us know which groom you felt was the best looking! Until next time!