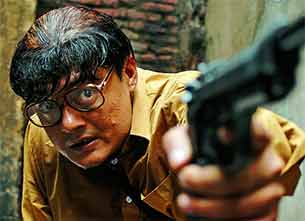 Use of prosthetics and latex for make-up in a forthcoming Bengali film could be a trendsetter for future projects in West Bengal's regional film industry, says actor Saswata Chatterjee of "Kahaani" fame.

In "Bonku Babu", the 40-something actor - who garnered critical acclaim for the role of contract killer Bob Biswas in "Kahaani" - plays a 70-year-old man.

"In Bengali films we do not see such kind of make-up, so our artists are not used to it. But if the trend stays on, and the demand for such work increases then our artists will also do the job well," Chatterjee said Tuesday while promoting the film.

Chatterjee had to go through an elaborate three-hour make-up ritual each day to get into the character of a patriarch of a joint family.

Bigg Boss 14: Twitterverse trends 'Craze Of Shehnaaz' ahead of the ...