View Profile
As the title insinuates, the lovely but ever in disfavour Kareena Kapoor finds more cause to be pitted against yet another Bollywood diva.

And one more time, it is about passing candid remarks, dismissing consequences with little ado. Never quite picked up the art of subtlety, did she now?!

The offended target this time is Asin Thottumkal. And the issue arises from the simple case of Kareena sitting down to watch the original Malayalam and Tamil versions of the movie Bodyguard, the Hindi remake of which 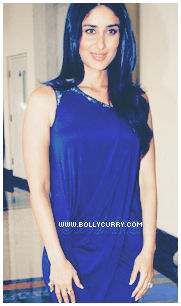 she is contracted to star in. Bebo, who doesn't make a habit of following up the work of the original artists from not wishing to imitate, did watch the DVDs to oblige her director Siddique, who was keen on her getting the feel of the deal.

And what happened after she was done watching the original versions? Well, in seemingly harmless candor, the Kapoor lass opined about her preference of Nayanthara, the lead starlet in the Malayalam film, over Asin, who starred in the Tamil parallel. Bebo is said to have favored the former's acting, and even character appearance more, over the latter, without (apparently) realizing how her remarks are likely to ruffle her Bollywood colleague Asin.

Since the two have no history of animosity as such, we hear that on belated understanding of offending her younger peer, Kareena did attempt to salvage the situation by adding that she had also liked Asin, but only liked Nayanthara better in the said role. Needless to say, redemption was hardly to come!

To her credit, Asin has shown a professional nonchalance over the matter, choosing to remain neutral while stating that such things do not affect her at all. A pleasant surprise to find withdrawn claws from an in demand starlet such as herself, sure.

Meanwhile, Bebo, watch those words before they spill lady - although admittedly, we the scribe tribe are always one vote in favor of 'honest opinions'!

Kangana Ranaut is in Awe of Yogi Adityanath; Applauds his ...
11 minutes ago

Farhan Akhtar is excited to kick-off the opening match of ...
18 minutes ago

Arjun Bijlani on music video with Reem Shaikh: I feel Ishq ...
38 minutes ago