The latest buzz is that Ekta Kapoor and Karan Johar want to bring Bebo and Emraan Hashmi together for their upcoming thriller film. But it looks like this thought will remain a thought. Rumors have it that Bebo rejected the movie possibly due to her pairing with Emraan. 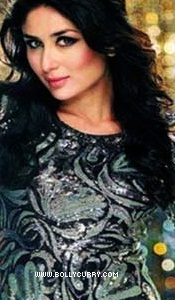 The real reasons behind this decision are still a mystery but Bebo did confirm that she will not be a part of the project. There are numerous speculations for this turn in events. Some say that Bebo was not satisfied with the story and didn't like the way the movie preceded; while others say that she said she prefers KJo's usual family friendly style and does not like such alternate flicks. However, the majority believes that she declined the movie due to Emraan's reputation of a serial kisser and the possible stigma of working with him. Whatever may be the reason, we sure do hope that Emraan works his magic once again and delivers yet another BO success!


We, at BollyCurry, wish the entire team luck for the project and in their quest to finding a suitable leading lady!