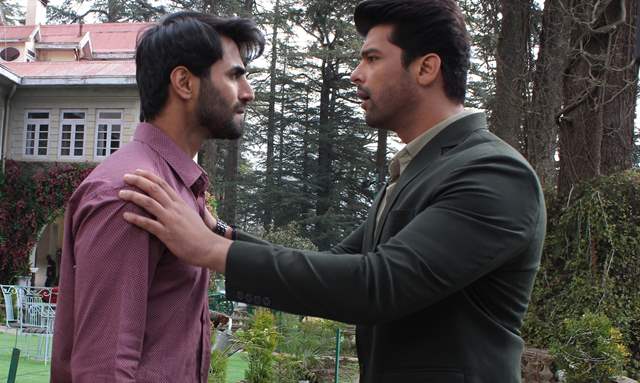 Such is the vibe on the set of an ALTBalaji and ZEE5 club's show that it takes absolutely no time for two actors to end up as the best of buddies. With Karan Jotwani and Kushal Tandon being the talk of the town ahead of the upcoming romantic drama Bebaakee, fans simply can’t get enough of their camaraderie seen in the teaser and trailer. The duo will be playing the role of Imtiaz and Sufiyaan respectively who are shown as best friends. Always seen around each other and living their best life, the bond of Imtiaz and Sufiyaan is so strong that one will just feel like they are brothers. It so turns out that both actors share an incredible bond in real life as well. When the pair are together, it is like the set is on fire as they make sure that the people around them do not have a single dull moment.

Speaking on their bond, Kushal said, “Jotwani, what I call Karan lovingly, is really a fabulous person. It’s a different aura when he is around since we got along really well right from day one. Just like what one sees on the show, our friendship in real life is very much the same. We go out, chill and party. Whenever I have any doubt in my mind, he is the first person who I go to for help. So many people say that we are brothers from another mother. I really hope our chemistry remains the same throughout life.”

Talking about his best bro, Karan quipped, “We share a warm relationship as karan and Kushal, correcting each other even on creative differences, so that the product looks great. He’s a good-hearted, caring, nice guy, who’s created a huge following for himself, and it’s good to see him donning the Sufiyaan Cap. I wish the best for him.''

Bebaakee is a story of love, passion, and madness between two people, Sufiyaan and Kainaat. With their mutual love for journalism bringing the two together, what follows are a series of events that are a roller coaster ride filled with emotions. Despite destiny bringing them together, they are unable to understand whether their chemistry will be followed by love or hate. While things seem to be pretty plain sailing for the two, life takes an unexpected turn once Sufiyaan’s friend Imtiaz (Karan Jotwani) enters their life takes. While Imtiaz is what every woman wants, Sufiyaan sets out on a mission to ruin Kainaat and Imtiaz after seeing the two getting attached to each other. Amidst all the chaos caused by Imtiaz, one wonders what will happen to him and if Kainaat and Sufiyaan end up together? The answers are just a few days away as Bebaakee launches on August 30 on ALTBalaji and ZEE5 Club.