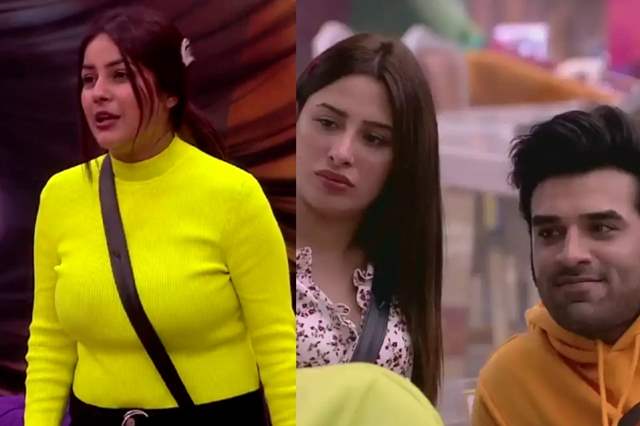 Bigg Boss 13 which started with a bang, has already witnessed a few dramas inside the house. Now, the upcoming episode is set to see a major drama after Bigg Boss asks Paras Chhabra and Siddharth Shukla to choose between two ladies in the nomination task.

In the new promo, Bigg Boss has brought a new task where the men have to make a decision to save one of the women. While Paras is asked to choose between Mahira and Shehnaaz, Rashmi and Arti shares with Siddharth why they need to be saved.

Paras has developed a good bond with both Mahira and Shehnaaz. However, things are going to turn sour for Paras and Shehnaaz after he slams the door on her and saves Mahira instead. While Mahira is seen convincing him by promising to support him throughout, Shehnaaz says she is not interested in him when he asks about her feelings for him. The entire fiasco has created a rift between Shehnaaz and Paras.

Who do you think deserves to stay? Let us know your thoughts in the comments below.

Mahira Sharma Is planning To File a Complaint at Cyber Crime Cell ...

Ali Asgar and Vishal Kotian to team up after 22 years for ...
3 minutes ago

Gulki Joshi: I can understand the stress the cops go ...
59 minutes ago

review
Review Gangs of Filmistan Promo: Sunil Grover is the highlight of ...
an hour ago

Ramayan 2008: Luv and Kush demanded for chips, juice and ...
an hour ago
View More
TOP