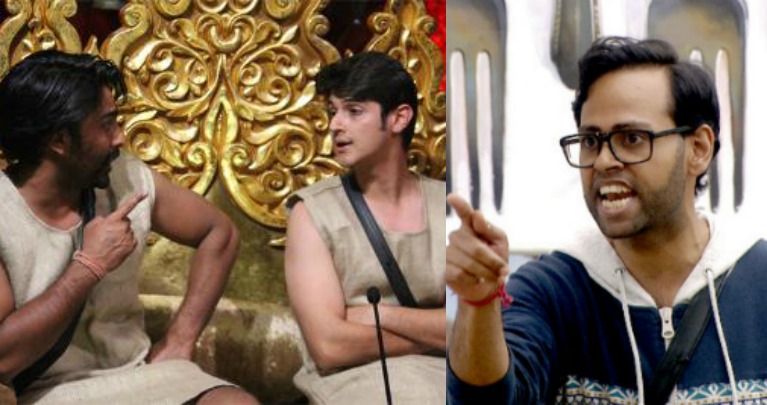 Rohan Mehra and Manveer Gurjar's fight in the Bigg Boss House during the luxury budget task took a nasty turn when after a massive war of words, Manveer almost attacked Rohan physically. Bigg Boss had to intervene and solve their fight.
Manveer calls Rohan names like 'chammak challo', which Rohan did not take to kindly and told Manveer that he was demeaning his own community by making such statements about him on national television.
Manveer's comments on Rohan and his sexuality did not go down well with ex Bigg Boss contestant VJ Andy. Andy, who recently went to the Bigg Boss house, lashed out at Manveer on his twitter profile. Here's what Andy had to say.

Irrespective of who is right or who is wrong, we too feel that passing personal comments on someone's personality and community is just not right. What do you guys feel about this incident?

4 years ago andy is right.
manveer is a gunda, he don't have manners, he dont know how to talk in public and specially on tv.
mannu and manveer r just ridiculous.
manveer should be out of the house but dont know y bigg boss is not taking any action against him. he is saving manveer just for the sake of TRPs which is so cheap.