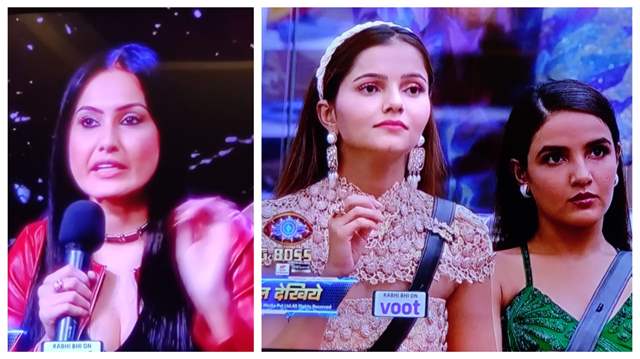 Bigg Boss 14 in the past two days has been full of action and constant fights - the main two people involved in it being actors Rubina Dilaik and Jasmin Bhasin.

The then-friends have been at constant loggerheads and nothing has gotten better between them. Tomorrow's Weekend Ka Vaar will witness the fight between Dilaik and Bhasin continue and even get uglier.

Even Salman Khan will mark on that. However, as reported, a special panel will be coming in in the form of Sandiip Sikcand, Devoleena Bhattacharjee, and Kamya Punjabi.

They will make their own points in the mix and highlight issues where Punjabi will try to make Dilaik realise her point of view, and Sikcand will mark on Kavita Kaushik's saga too.