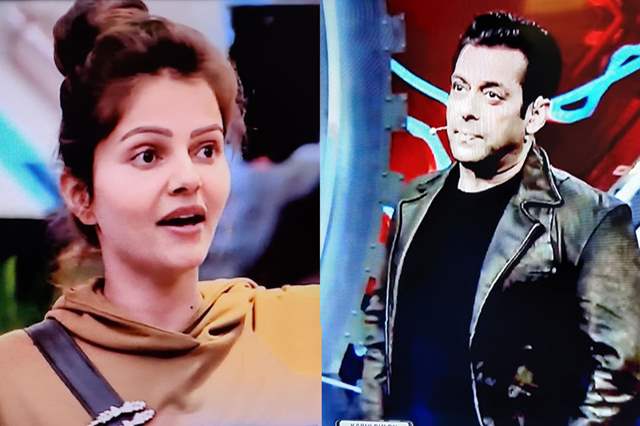 Some of those fans out there who may not have followed Bigg Boss 14 totally might have been surprised not watching Salman Khan on a Saturday night for Weekend Ka Vaar. But we know now that Khan will be appearing tomorrow instead and then on Monday too.

There us a lot of conversation that a double elimination will happen but there is no confirmation on that yet.

Tomorrow, Khan will return to being the usual self where he will slam multiple contestants for their behavior inside the house or their points. On one hand, he will slam Rahul Vaidya for his age-shaming remarks on Eijaz Khan, on the other hand, he will have a showdown of sorts with Rubina Dilaik. For all this time, Dilaik has always been rather singular in her thoughts and rarely has any other housemates agreed to her thought process.

We will now be witnessing Khan having her clash with Dilaik where he will question her belief system in terms of questioning Bigg Boss. He will even make her realise that this is nothing and it will only get crazier ahead. This will reach a point where Khan will even tell Dilaik to 'pack her bags and leave the house.'

The kathgara task will also take place where Eijaz will be standing in it and Jasmin Bhasin will put in her points as to her 'allegations' on Eijaz. And finally, in true Bigg Boss flavor, Khan will put in a twist saying that the elimination of a contestant will in fact be done amongs the contestants themselves.