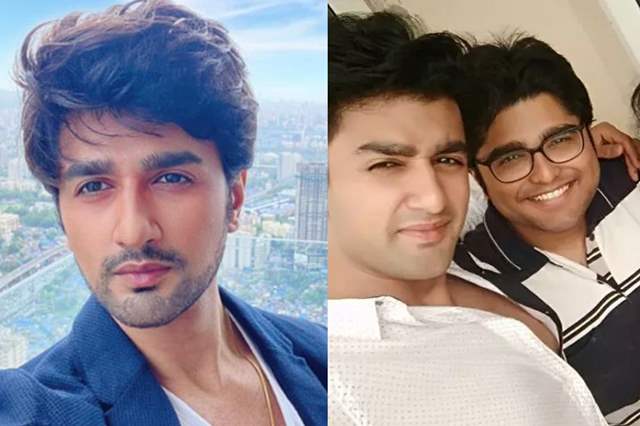 One of the rather interesting aspects about any Bigg Boss season is the usual drama that goes around outside in the real world apart from the one that goes on in the house itself. While that has been limited as of yet, there is always a scope for it.

One contestant in the house that has been slowly rising the ranks is actor Nishant Singh Malkhani. While Malkhani had an exact opposite introduction of himself in his introductory video, he has actually been a rather quite man also performing tasks in the show really well.

Malkhani's brother, Lakshay Malkhani has opened up on his brother's stint in the house currently where he also said that he has only entered the house with a simple plan - of being himself. Talking about it to ETimes, Lakshay said, "I think he is absolutely real. I think he is being crystal clear. He believes in logic and sensibilities and when someone questions him then he doesn't tolerate it. He doesn't spend much time on frivolousness or unnecessary things. That's how he is in real life also. Unlike my parents and I, he had not watched any of the previous seasons of 'Bigg Boss'. He wanted to go with an open mind, because he understood that even if he makes a strategy it won't work after a point, as things are not constant in the 'Bigg Boss' house, they change, and I feel he did the right thing."

Talking about his brother's strengths and weaknesses, he said, "My brother's strengths are how he deals with everyone. In a place like 'Bigg Boss' where it is very easy to form groups and engage in only that particular group's stuff, he is actively participating in everything and talking to everyone. He knows how to keep the atmosphere good. A weakness in this show could be that he keeps his biases separate from his decisions. If it comes to saving someone, he will not only see if that person is his friend or not, instead he will look at the overall performance and participation of the contestant. This is not something which everyone will appreciate, because everybody wants themselves to be saved first. I think this can be a problem for him."

About the various allegations in the house where he was said to be spraying insect killer on Abhinav Shukla and on Sara Gurpal's comment, Lakshay said, "Nishant bhaiya had apologised to Abhinav for the same and even told him that he was just participating in the task. Then, even Salman sir supported him and said that he was just threatening Abhinav, and if he was not comfortable, he could have left his seat. I don't know why Abhinav kept bringing it up again and again, but all seems well now between them, and I am happy for that. As far as Sara Gurpal's comment is concerned, I took it lightly. We should take this comment because of the emotionally charged environment she went through and had to exit. I have nothing against her."

Bigg Boss 14: Abhinav and Naina reflect on the lessons learnt from ...

Kajal21 1 months ago We are proud of Nishant Malkhani